Growing Up Aboriginal in Australia, an anthology edited by Anita Heiss, is an extraordinary and moving work. It is also, in parts, a difficult and heart-breaking read.

The goal is to ‘break down stereotypes… and to create a new dialogue with and about Aboriginal Australians’ (p. 2). In this, Heiss succeeds. 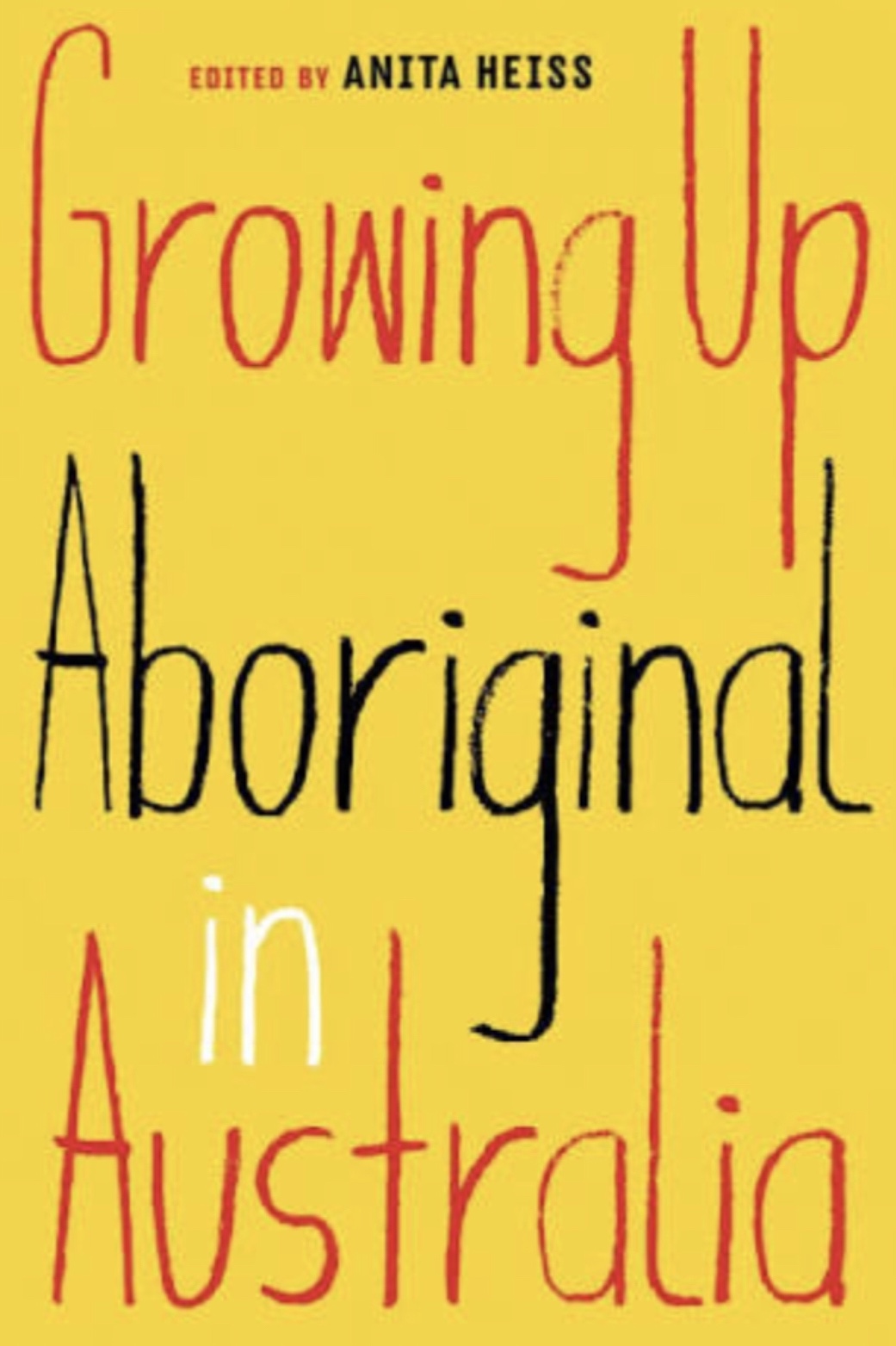 The anthology highlights the importance of lived experience: Heiss does not tell the reader what growing up Aboriginal is like, she lets the reader consider more than fifty different answers to that question for themselves.

Each contribution is different: not only in terms of the writer’s age, socio-economic background, education and location, but in approach and writing style. There are poems, essays and letters, and they offer varied – and sometimes conflicting – perspectives on what it means to grow up Aboriginal in Australia.

The point is clear: there is no universal experience of growing up Aboriginal. This seems obvious, and yet, so many of the contributions in this anthology demonstrate that many parts of Australian society still expect Aboriginal people to fit a preconceived definition – or in other words, a stereotype – of what an Aboriginal person should be. As Susie Anderson remembers, ‘if we didn’t fit the idea of what they thought being Aboriginal was, then we must be lying’(p. 9).

Being Aboriginal is one part of the identity of each of these contributors. It may be the main part of their identify, it may not. But every individual in this anthology has layers to their identity. They are not only Aboriginal, they may also be Irish or Spanish or another nationality, they may be gay or straight or queer, they may be Christian or atheist or choose not to say, and they may be sports stars or musicians, parents or children.

To Australia’s shame, there is one universal experience for those who grow up Aboriginal in Australia. Racism.

Some of the most vividly described incidents of racism in this anthology are judgements on skin tone. Carol Pettersen remembers growing up on a mission and being separated from her siblings ‘into separate castes based on the colour of our skins… even though we walked past each other many times daily, we could not talk or hug each other’ (p. 186). Decades later, Ian Dudley recounts being told he was ‘not black enough to be black, always too black to be white’ (p. 74).

This anthology shares memories that are incredibly hard to confront. Katie Bryan recalls how her father – a veteran of World War II – hid his Aboriginal heritage from everyone, including is wife. She remembers her father and others like him ‘had given up the best years of their lives to fight Nazis and they hadn’t reckoned on coming home and marrying into families that espoused similar views’ (p. 49).

Yet confront and acknowledge we must. This anthology is a reminder that the consequences of the past reverberate in the present and are felt by those growing up Aboriginal today. As Celeste Liddle explains, she doesn’t ‘speak Arrernte because it wasn’t passed down to me. My grandmother had been Stolen Generations’ (p. 149).

The most heartbreaking words in the anthology were written by Alice Eather. She wrote, ‘there’s too much negativity said and written about Aboriginal people in communities’ (p. 83). Alice was right. And like so many young Aboriginal people, Alice took her life before this anthology was published.

Heiss dedicates this anthology to Alice, and ‘so many others who were lost too soon’.