What is the common heritage of mankind? And who are the gatekeepers of that knowledge? These are the questions Deep Time Dreaming forces us to consider. There are no easy answers, particularly as the early decades of archaeology in Australia are rife with questionable practices and methodologies that leave their mark on the discipline – and the physical sites – to this day. 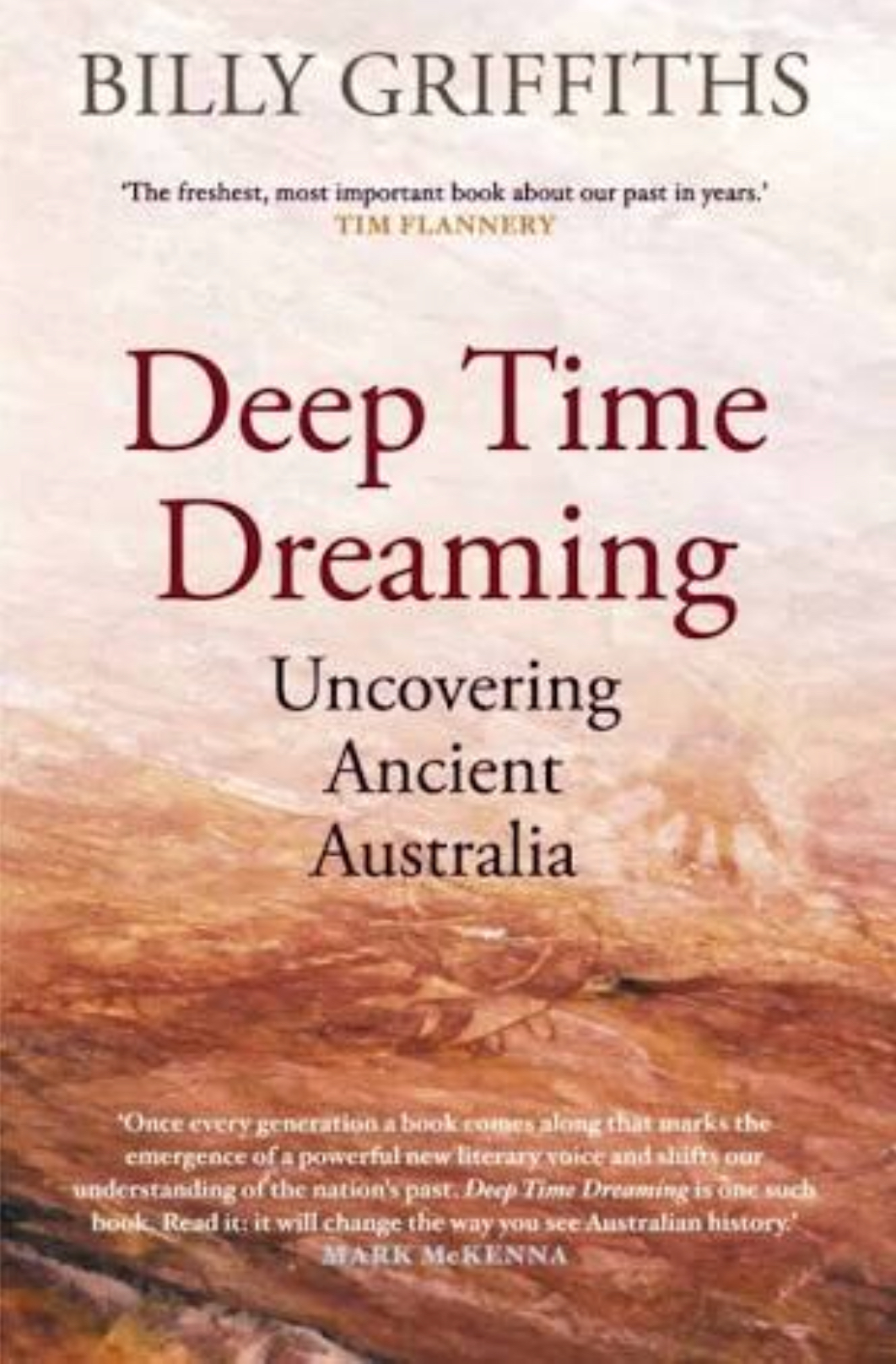 As Griffiths quotes (on page 128), ‘Australia – virtually ignored by prehistorians until the 1960s as a tedious archaeological backwater – is now the focus of the quest to unravel the prehistory of mankind’. Griffiths explores the growing recognition of Australia’s deep past, once considered an empty continent and now proven to be home to the oldest continuing cultures in human history.

The book follows the careers of the most prominent archaeologists working in Australia in the 20th century. This chronological approach highlights the extraordinary development of the discipline – begun by 20th century museum curators literally digging up whatever they found to 21st century researchers rewriting the timeline of humanity itself.

At times, this means Deep Time Dreaming reads as the narrative of inadequately trained white men (many who were not even born in Australia) plundering a past they did not understand. It is mind boggling to consider, but in the early years most of the motley museum curators, historians and want-to-be Indiana Joneses who dug up the deep past had never even met – or tried to meet – an Aboriginal person.

As a reader, this made for a tough few chapters. However, Deep Time Dreaming is worth pursuing. The structure serves to highlight a key point: archaeology in Australia was a white man’s playground for decades. The mistakes made – as much as the discoveries found – leave their mark on the discipline today. My interest as a reader increased as female archaeologists began to make their presence felt, especially Isabel McBryde, who was one of the first archaeologists to connect with the traditional owners on whose land she worked.

There are fewer Indigenous voices in this narrative than I expected. Noel Pearson’s 2004 Quarterly Essay is quoted, as is Stan Grant’s 2016 memoir. However the Indigenous archaeologists trained by McBryde and specifically mentioned by Griffiths as representing her major contribution to the field don’t have a voice.

Deep Time Dreaming was an education for me, highlighting how archaeology and the uncovering of Australia’s deep past has influenced (and been influenced in turn) by politics. Most profoundly, the development of the discipline has gone hand in hand with Aboriginal politics and the changing meaning of identify in Australia. The most moving example is, of course, that of Mungo Lady. She was found and excavated almost by accident in 1968, at the beginning of the Aboriginal rights movement when notions of consent and ownership began to change. Mungo Lady was eventually returned in 1992 in a symbolic act: her remains were reburied in a ‘keeping place’ locked with two keys, one held by the community and one by scientists.

Archaeology is not a static discipline. It is unfolding around us, and as recently as 2017 archaeological research in Australia is pushing back the date of humanity’s past to 65,000 years. These new discoveries in our own backyard force us to reevaluate the tensions between science and culture. Does the deep time record belong to humanity, to the distant descendants inhabiting the same land, or to both? Who should make decisions about access and methodology? And how should we, as Australians, understand and share the history of our continent?

Deep Time Dreaming leaves me with questions, as a work of this import should.