Today, 10 June 2018, is the 180th anniversary of the Myall Creek massacre, where at least 28 Wirrayaraay women, children and elders were killed by settlers and stockmen without provocation in northern New South Wales.

Jane Lydon and Lyndall Ryan’s Remembering the Myall Creek Massacre seeks not only to explain the historical significance of the events of 1838, but also to explore the legacy of those events and their relevance to contemporary Australia. 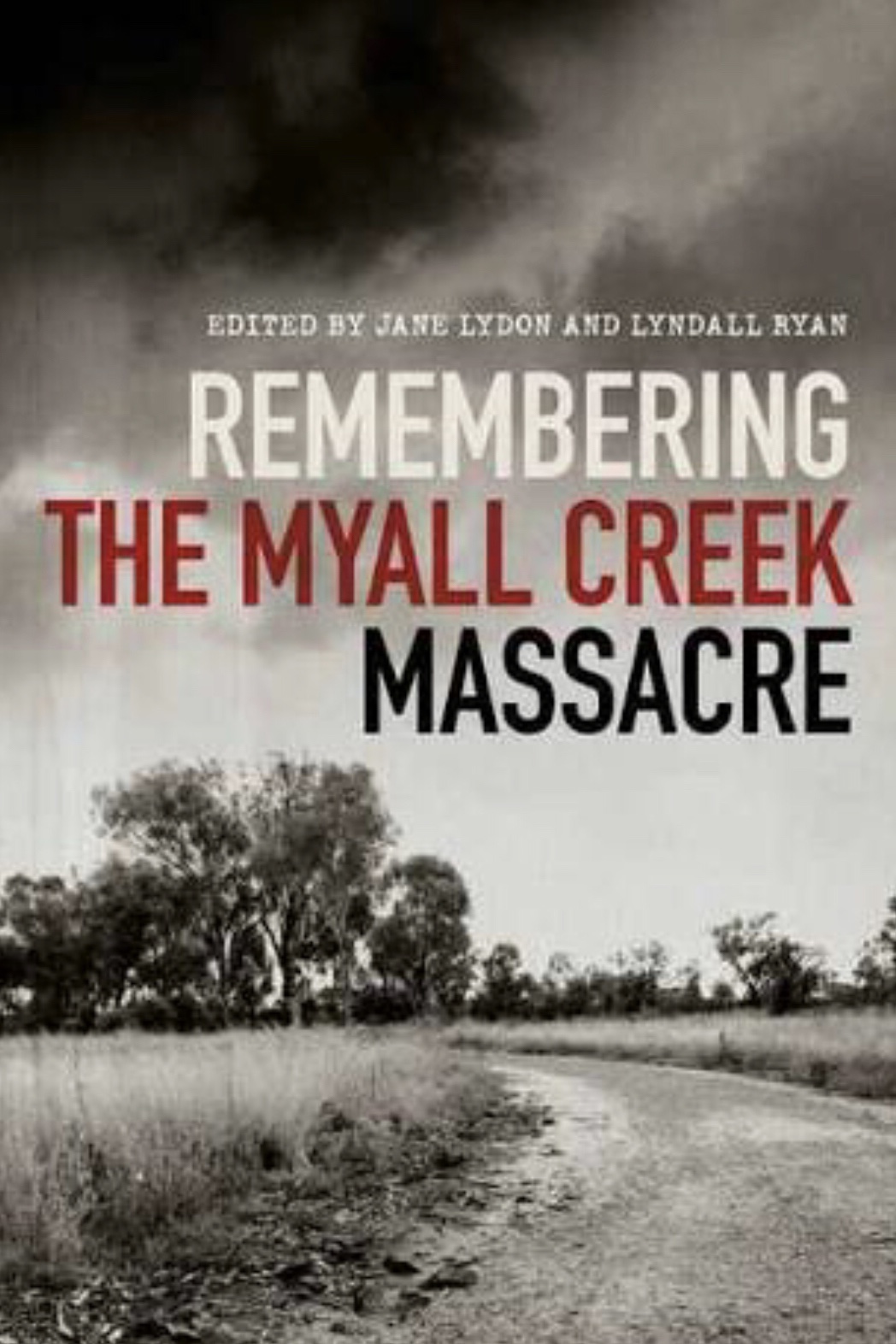 A quick history lesson: one of the reasons the Myall Creek massacre is significant is because 11 of the 12 perpetrators were arrested and brought to trial, with seven of them subsequently hung. Unusually for the time, white witnesses were prepared to testify, meaning the massacre could proceed to court. The Myall Creek trials represent the last time in the nineteenth century white perpetrators were convicted of killing Aboriginal people in frontier violence, a simply stunning historical fact given that Myall Creek is only one of more than 170 massacres recorded between 1794 and 1872.

Remembering the Myall Creek Massacre is a collection of essays that explore the rifts in Australian society. There was divisive public reaction at the time: outcry against the massacres, but also outcry against white men being convicted and punished for killing Aboriginal people. Extraordinary stuff, and quite often a confronting read. For example, at the same time Eliza Hamilton Dunlop, an Irish immigrant, published ‘The Aboriginal Mother’ (a poem expressing her horror at the Myall Creek massacre) in The Australian there were public fundraising appeals and petitions of support for the men on trial for the massacre.

The trials highlight how class structure stood in the way of justice. John Fleming, the twelfth perpetrator, was protected by his status as a free settler and not only avoided arrest but reentered public life in 1940. William Hobbs, the station manager who reported the massacre, was fired for doing so. The young boy Yintayintin, who witnessed the massacre but as an Aboriginal was not eligible to testify, disappeared soon after the trial and is assumed to have been murdered.

As a child in the 1980s, frontier violence was not a part of my education. As an adult educating myself on Australia’s frontier history, I hope this book (and others like it) reach a greater audience.

However, Remembering the Myall Creek Massacre is not the book to place on the curriculum. Lydon and Ryan bring together their own essays and contributions from other writers in a powerful narrative, but a narrative that relies heavily on academic language. I understand why this is the case: the Myall Creek massacre is a heavily contested event in Australian history and any subjective language is likely to draw the ire of those who do not agree.

But as a reader, I found myself wishing for more of a narrative non-fiction approach. The different contributions also tend to repeat the key facts on numerous occasions rather than explore them more fully. I also question the inclusion of the chapter ‘Walking on Bones’, which places Australian frontier massacres in the international context of genocide. I have no issue with this comparison, however the chapter drew my attention away from the core subject of the book.

Despite the heavy academic tone, I recommend anyone with an interest in Australian history read Remembering the Myall Creek Massacre. The work has prompted me to explore Ryan’s online work defining and mapping frontier massacres in Australia. I have also added Murder at Myall Creek: The Trial that Defined a Nation by Mark Tedeschi (who wrote the afterward to this book) to my reading list.