Warning: There are spoilers in this review.

This is a brutal and bloody novel. If Tim Winton’s Breath left you drowning and gasping for air, The Shepherd’s Hut will leave you tasting dust, dirt and blood. 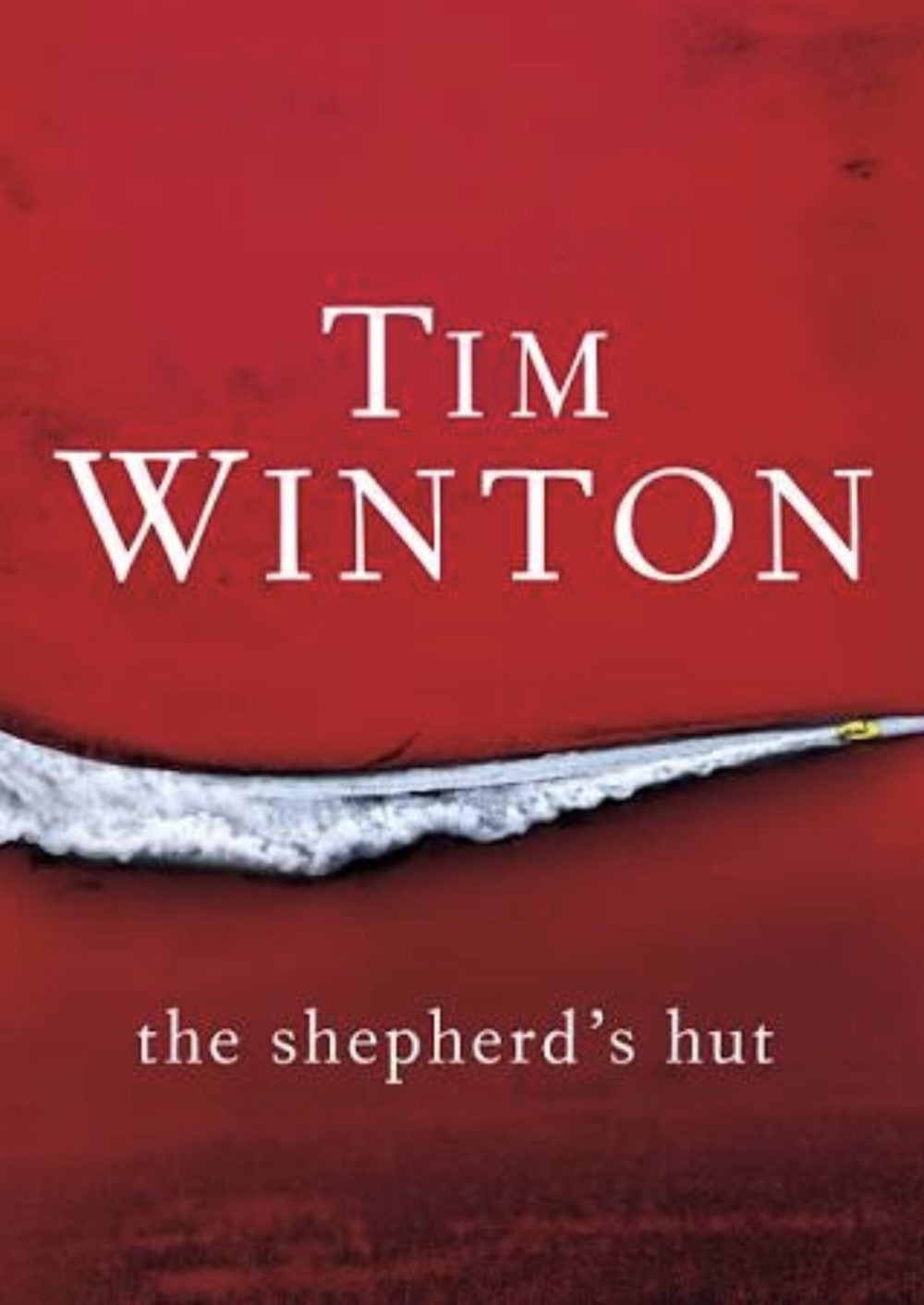 The first third of The Shepherd’s Hut displays a mastery of the craft. The urgency of the first person narrative is confronting, and the vernacular of narrator Jaxie Claxton is gripping. Sentences like ‘a shadow doesn’t search for a drain like that’ will stay with you.  We accompany Jaxie on his flight – alone, wounded and damaged – through the Western Australian desert. And we know what he is looking for, because he tells us: ‘Peace, that’s all I’m after’.

In this part of the novel, the landscape itself is a character, an unforgiving presence as willing to inflict pain as to provide succour. Although the setting and narrator could not be more different (a point which I must emphasise), the bitterness of the journey reminded me of the voyage upriver to the colonial outpost in Joseph Conrad’s Heart of Darkness.

Once we reach the shepherd’s hut, the narrative opens up. We meet the disgraced Irish priest, Fintan MacGillis. While Jaxie’s first person perspective does not change, the story expands from an exile’s journey to become something of a morality tale steeped in symbolism. Ancient archetypes – the stranger, the other, the secret, the sacrifice, the redemption – are openly explored. There is butchering, blood and a sacrificial goat (both literal and metaphorical), as well as physical and spiritual sacrifices you should read for yourself.

The fallen priest Fintan is a mystery. What did he do? Why is he here? Does the punishment fit the crime? This mystery and religious backdrop prompts several iterations of the father-son story (Jaxie and his father, Jaxie and the priest, the priest and his flock, God and the priest), and allows Winton to explore questions about personal faith and the Catholic Church.

Jaxie, a teenage boy, is openly suspicious of priestly pedophilia. Fintan is not surprised by this, although he denies pedophilia and alludes to other sins… sins involving politics and mass graves. This is only one aspect of the mystery, but it is one to ponder. Winton is asking us to consider what sins – if not pedophilia – the Catholic Church metes out punishment for.

Fintan calls Jaxie ‘an instrument of god’, although it is not clear whether he still believes in the god he once served as a priest. Given the unrelenting themes of punishment, retribution and sacrifice, one suspects Fintan is referring to the god of the Old Testament.

If we stay with the Old Testament reference, it is not surprising women do not play a role in the narrative. We learn about Jaxie’s mother and cousin only though his memories, which are problematic, as Jaxie is the epitome of the unreliable narrator. He remembers his mother Shirley as the light in his dark and traumatised life, and yet we know – because he tells us – they died estranged as a result of his own actions. His cousin, Lee, is another rebellious teenager. The last he knows, she was locked away by his aunt after their incestuous love affair was discovered, shattering their broken family further. Her role in the narrative is that of idealised fantasy… although she doesn’t know it, she is what Jaxie is running towards.

Beneath the symbolism and morality tale, The Shepherd’s Hut is also a comment on Australian society, specifically dying small towns and domestic violence. Winton asks us to consider what happens to a victim of domestic abuse when everyone in a community knows but no one does anything to stop it?

This is a journey of self-discovery, but the discoveries are not always pleasant. Jaxie is a victim who – after failure and punishment, sacrifice and redemption – discovers his own purpose (if not peace). However, the reader is left to ponder the viability (and indeed, the morality) of what we know Jaxie plans to do next.

The Shepherd’s Hut is not perfect, but my goodness, it is a memorable read. It is one of Winston’s best.